At CultSub, we love Halloween. I mean, we LOVE Halloween. As a matter of fact, I proposed to Katey by carving out the bottom of a pumpkin, cleaning out the inside, drilling up through the stem and hanging an engagement ring inside before sealing the bottom back up. Pumpkin carving and movies date night has now been a tradition for us for 15 years.

Full disclosure, we tend to lean more to the hilarious (and frankly, the ‘80s) than the horrifying more often than not, but nevertheless we know you love these too. If you haven’t seen them all, shame on you! Grab a pumpkin to carve and get watching!

We love the whole Ghostbusters franchise and we’re super excited for Afterlife, but  the original still stands alone. It unquestionably has the most memorable lines, the best plot, the best jokes, and the best use of a giant marshmallow man. It spawned a cultural phenomenon that lives on to this day. Cartoons, toys, countless ridiculous Halloween costumes; we even loved the “movies that made us” episode.

If anybody questions your love of this amazing film, just tell them they’re wrong, look them directly in the eyes, and say “Back off man, I’m a scientist.” 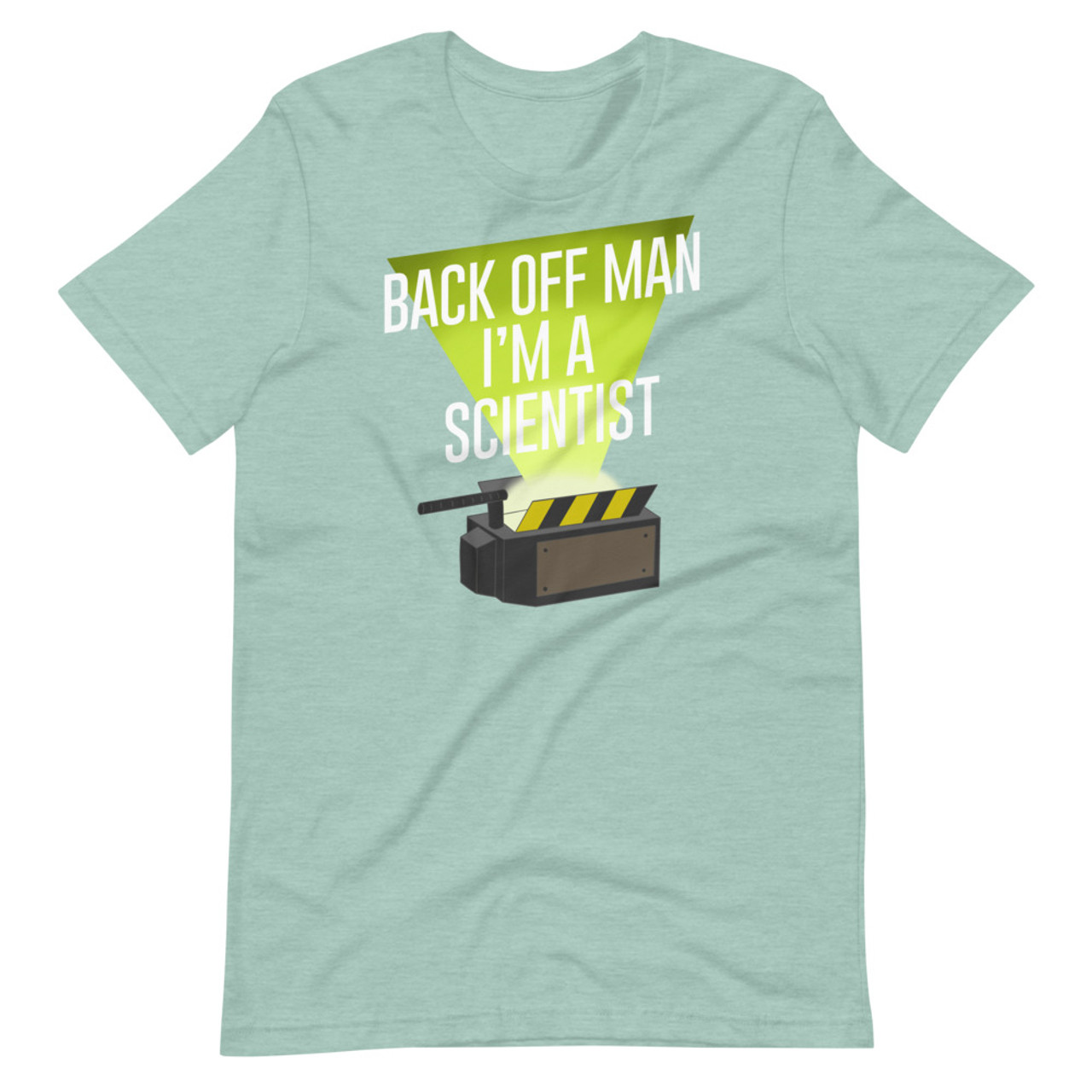 Yes, we’re sticking with 80s classics for now. One could argue this Chris Columbus masterpiece is a Christmas movie and if that’s the list you want it on for you, we won’t judge. Just do yourself a favor and make sure at least one holiday season involves Magwais (just avoid the pool or any late night snacks).

We love the transition of cute and horrifying puppetry and 80s cheese throughout (Corey Feldman, Phoebe Cates and Judge Reinhold??). Plus, as @DoyleofDarkness points out, a rare cameo by Chuck Jones, one of the great artists, character creators (Wile E. Coyote, Pepé Le Pew, Marvin the Martian, Road Runner, to name a few) and character developers (Bugs Bunny, Daffy Duck, Porky Pig and many others) in the history of animation.

Zach Galligan and Chuck Jones on the Dorry's Tavern set of GREMLINS (1984), a movie in which the legendary animator famed for his work on the LOONEY TUNES and MERRIE MELODIES cartoons (who was a friend of director Joe Dante) made a speaking cameo. #Horror #HorrorFilms #Gremlins pic.twitter.com/FZqij1GRNa 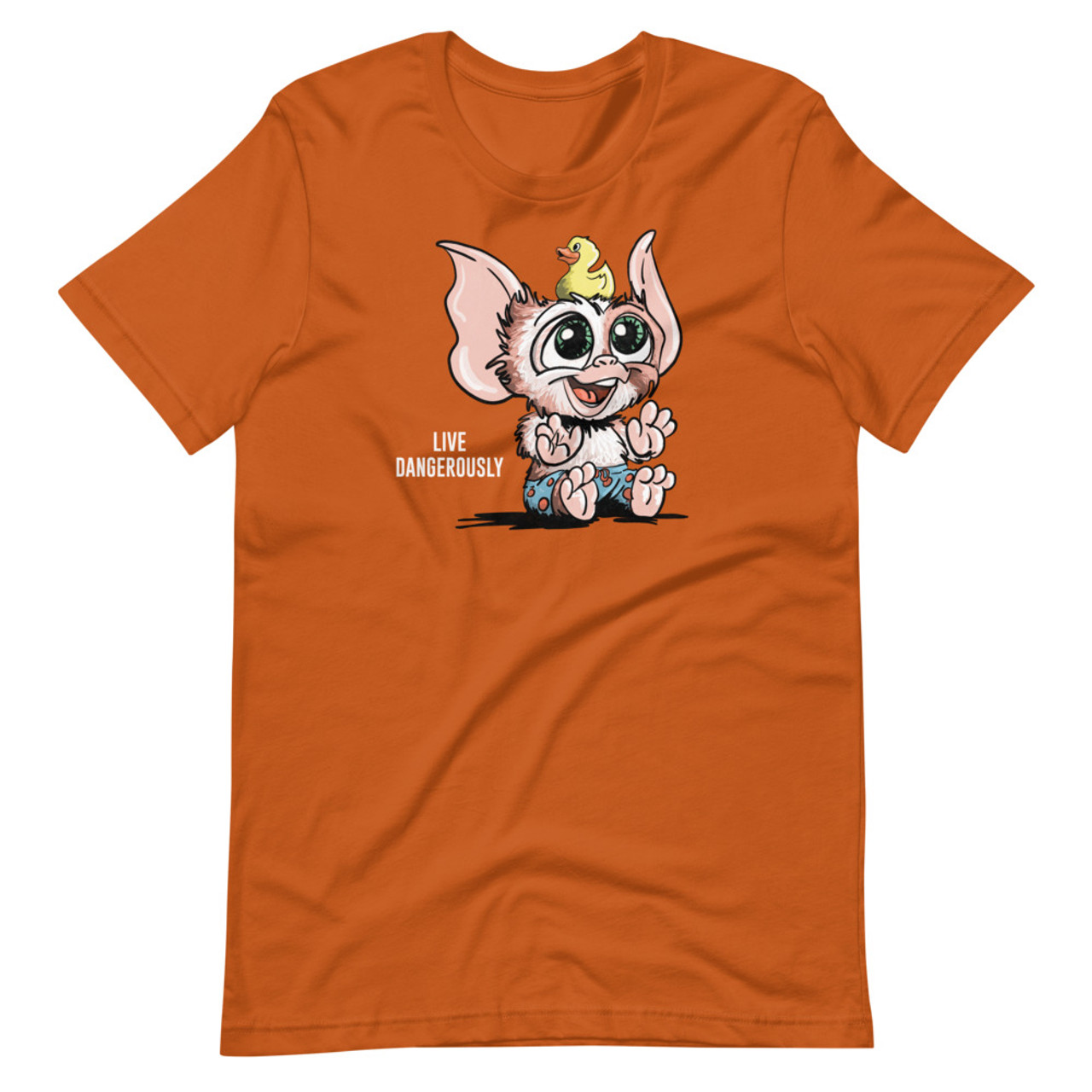 Ok, full disclosure: this is probably more of a Katey pick. It’s nothing against those crazy Sanderson sisters at all, but this one just holds a place in her heart that’s different. I think that place in my heart is held by Gremlins. That said, I can’t help but get sucked in whenever this one is on. People tend to remember Sarah Jessica Parker and Bette Midler, who are undoubtedly the biggest names, but don’t sleep on a gem of a comedic performance from Peggy Hill herself, Kathy Najimy. Much like her second banana to Whoopi Goldberg’s Sister Act, her jokes and delivery just seem to land better than her big name co-stars. That’s not a knock on anybody else, we just love her. Pepper in some teen-angsty cat romance and you’ve got a movie that makes you want to run amok...amok amok amok.

If you’re anything like us, you’ve been waiting anxiously for this sequel for a long time..supposedly next year we’ll finally get our wish!

Bette Midler, Sarah Jessica Parker and Kathy Najimy will reprise their roles in the upcoming #HocusPocus sequel premiering exclusively on #DisneyPlus in 2022. pic.twitter.com/5HBrsPETA5 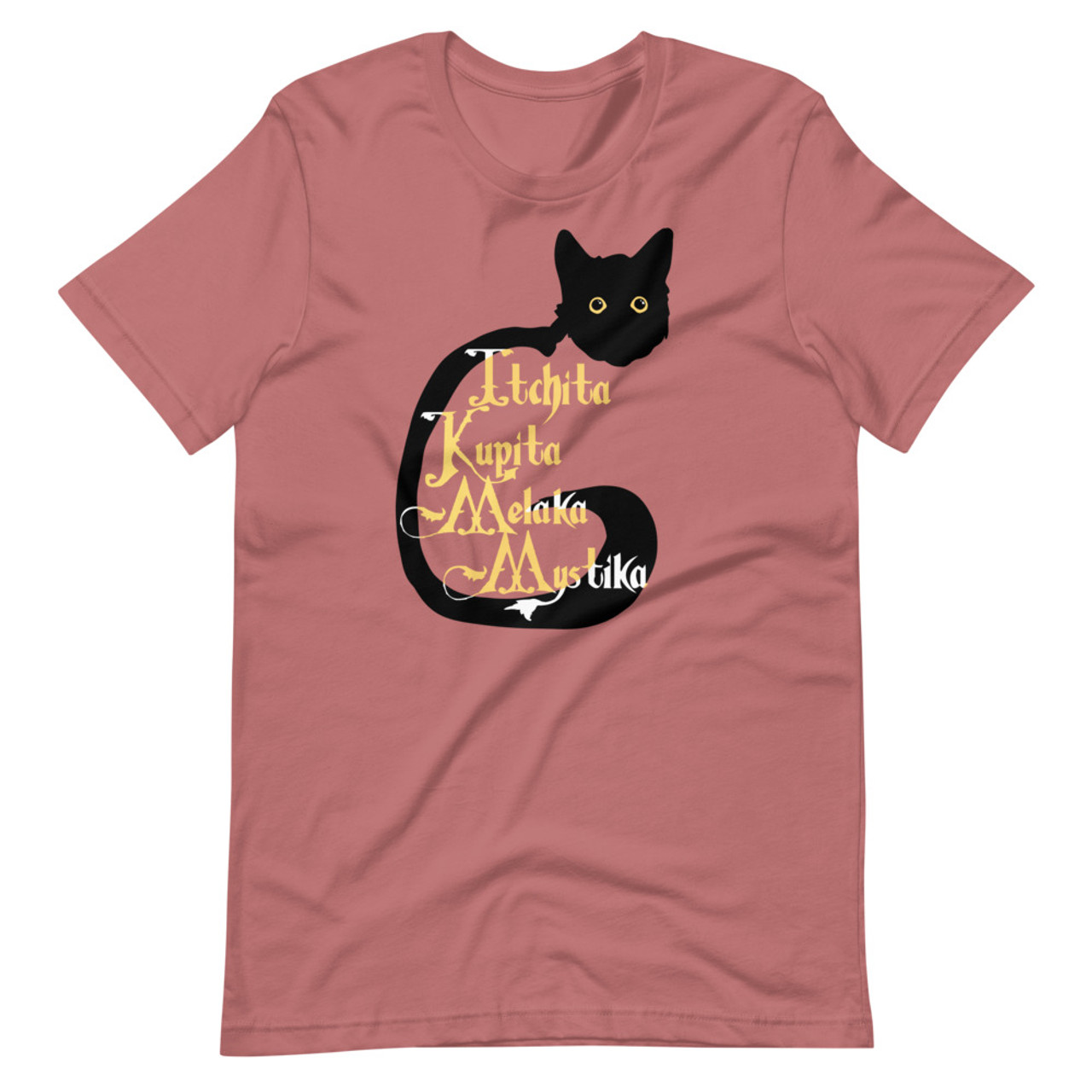 A Nightmare on Elm Street

The film that started it all. On a budget of just shy of $2mil, the original kicked off one of the most epic franchises of all time when it crushed nearly 30x that return in box office sales. Of course now there have been 9 films in all grossing nearly half a billion dollars in box office revenue, to go along with the Freddy’s Nightmares television series and countless books, comics, and gobs of merchandise. The original is still near and dear to our hearts. Almost 40 years later it holds up as delightfully equal parts creepy and scary, and the special effects are so far ahead of their time.

We still love it. Even if it might make you scratch your head at points. 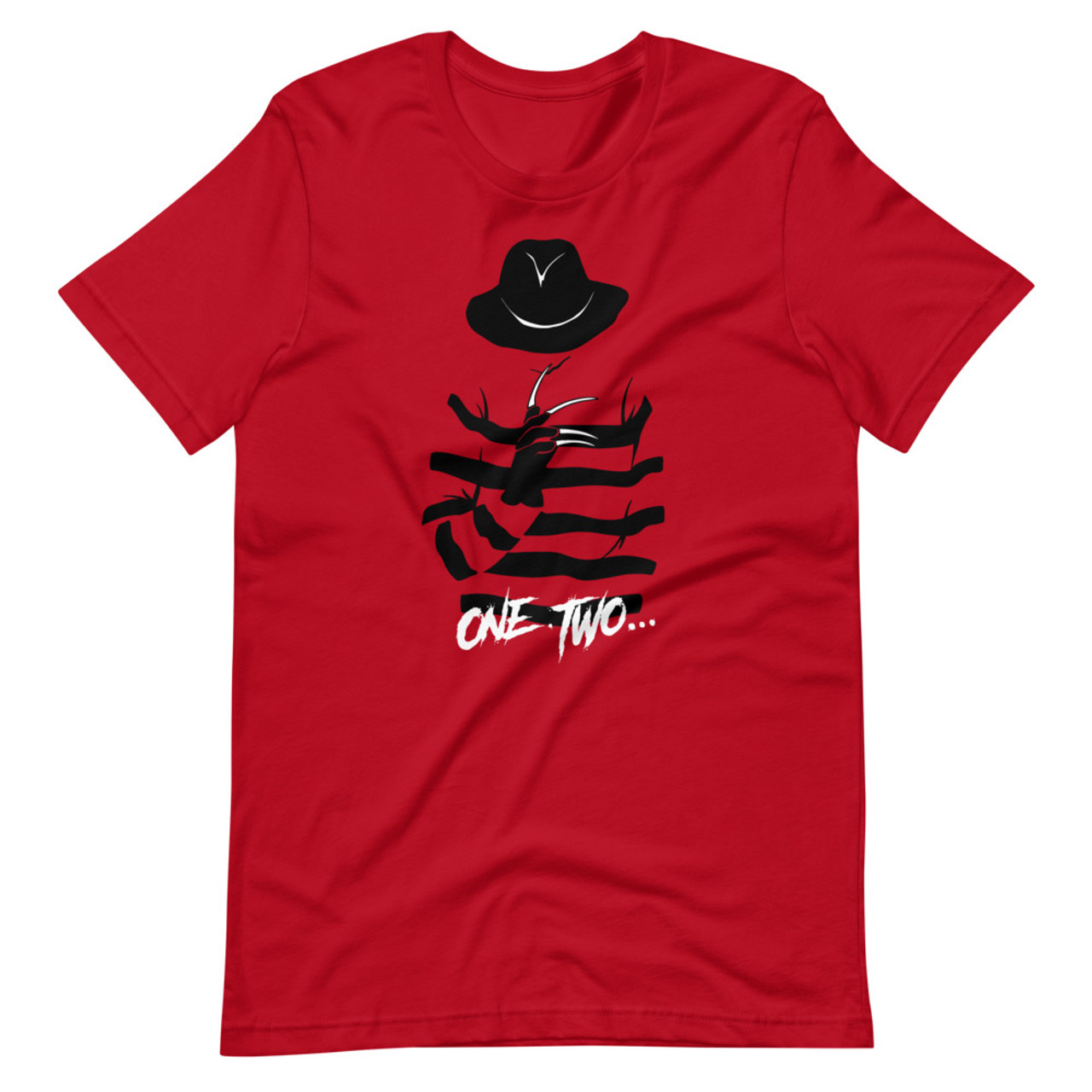 This film screams early 80s at the top of its lungs. The treasure of heyday slasher films has it all: teenage boys in too short shorts; summer camp at a lake; sex; stabbings; someone literally saying, “eat shit and live;” and a classic twist ending that would make M. Night poop his pants.

If you haven’t seen it yet, shame on you. Also, eat shit and live. 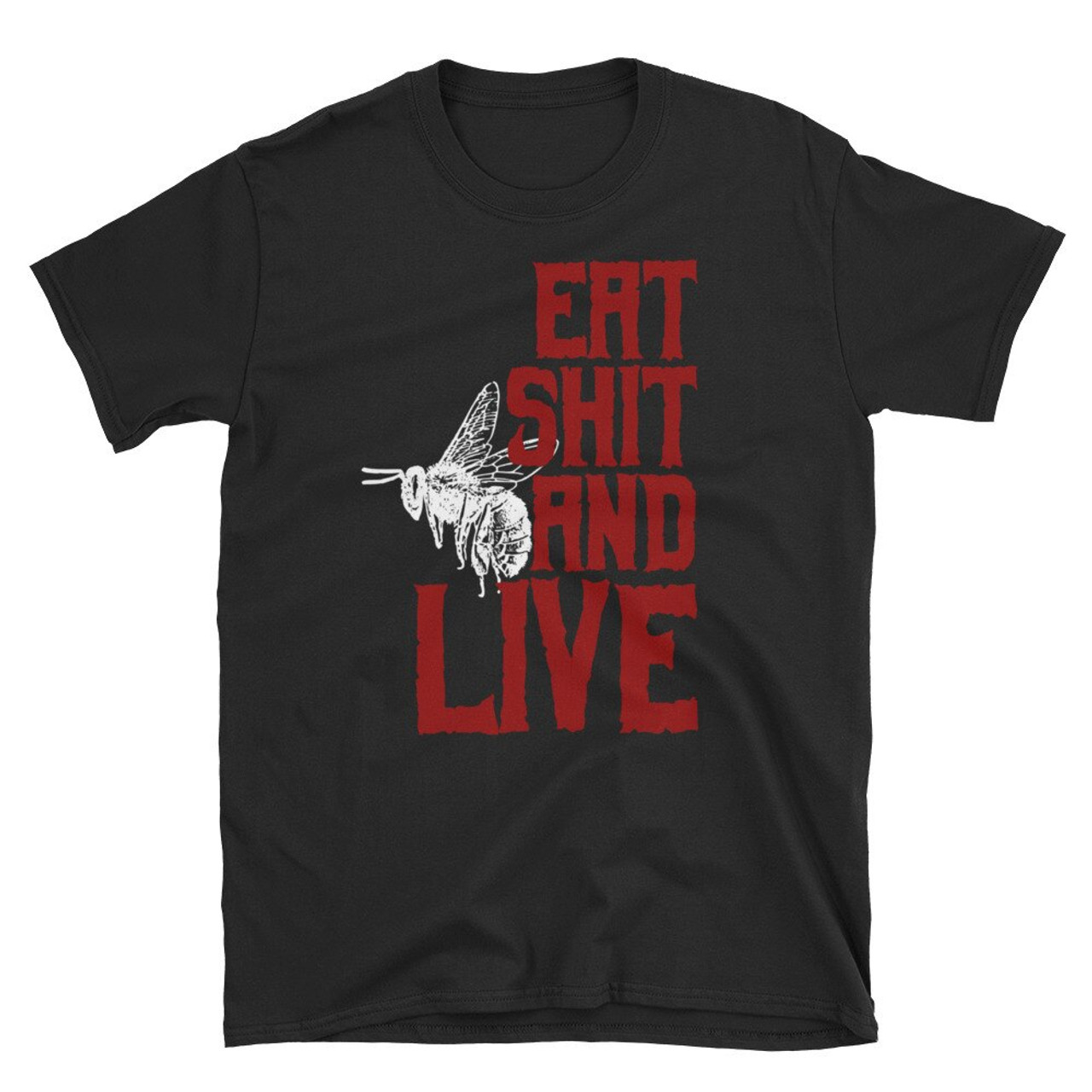 Silence of the Lambs

The scariest film of all time. Period. Nope, you’re wrong. This is scarier. In addition to being fucking terrifying, Silence of the Lambs is also just an exceptionally well done film. Great story, great acting, great directing, production design - everything. The thing that makes this one stand alone, for us, is the fact that there’s a thread of reality in it. This is pure dark psychological terror. Look at the rest of our list. Hell, look at practically any list. You’ll find aliens, monsters, curses, zombies. Not this. This is one part Gein, one part Dahmer, and one part what the hell was that noise and holy shit when did it get so dark in here?

Rarely has a film adaptation of a book been so very good. 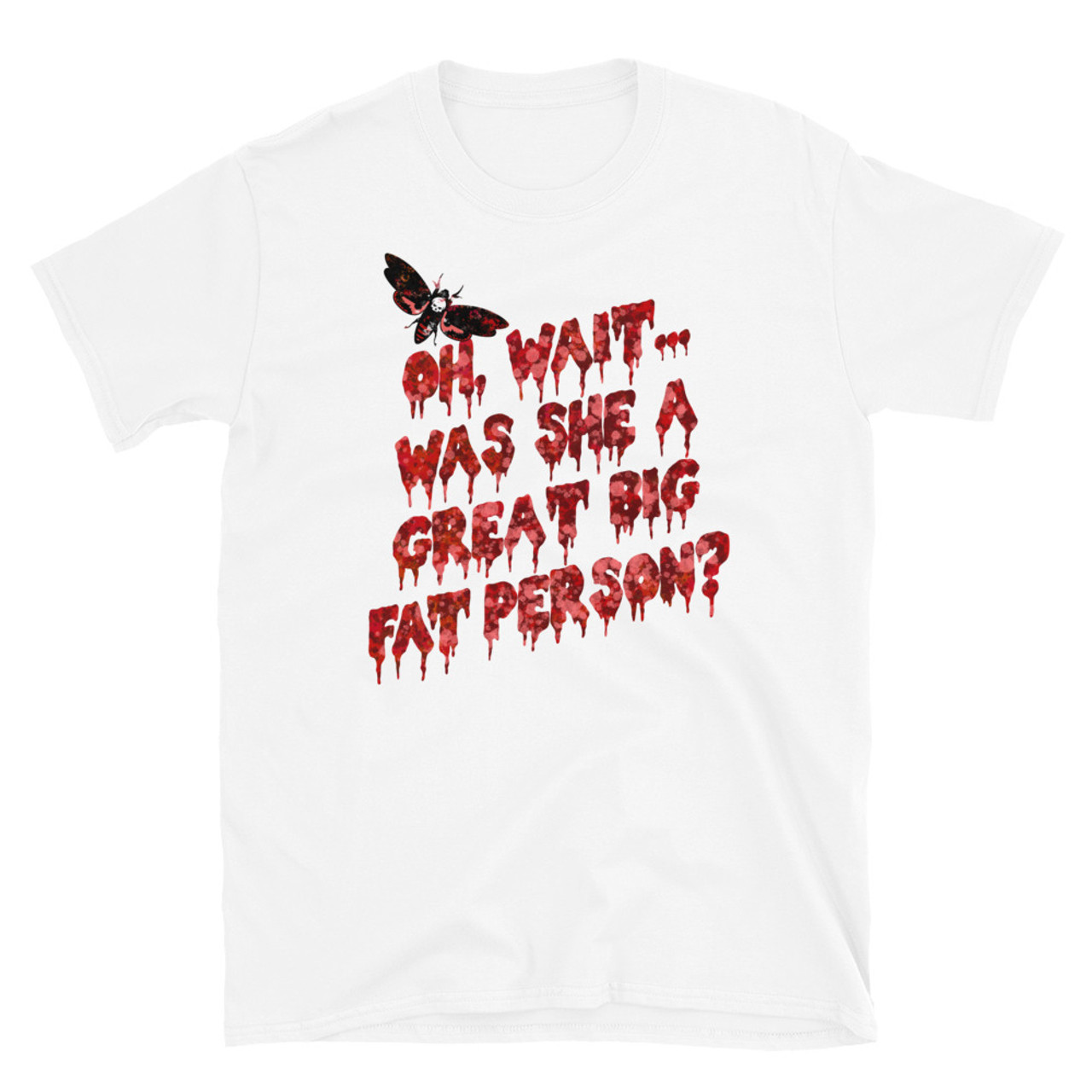 Why is Michael Keaton so awesome? Katey  already told you that Keaton spent less than 18 minutes on screen, yet he remains such an icon in this part. Over 30 years later I still see people dressed as Beetlejuice or Lydia every year for Halloween. Funny, creep, gross, heartfelt, and typically goth an a Burton kind of way...it still holds up as a great watch every year when it makes the Halloween rotation at our house.

I dare you not to walk away smiling, and probably dancing and singing the outro…okay, I believe you. 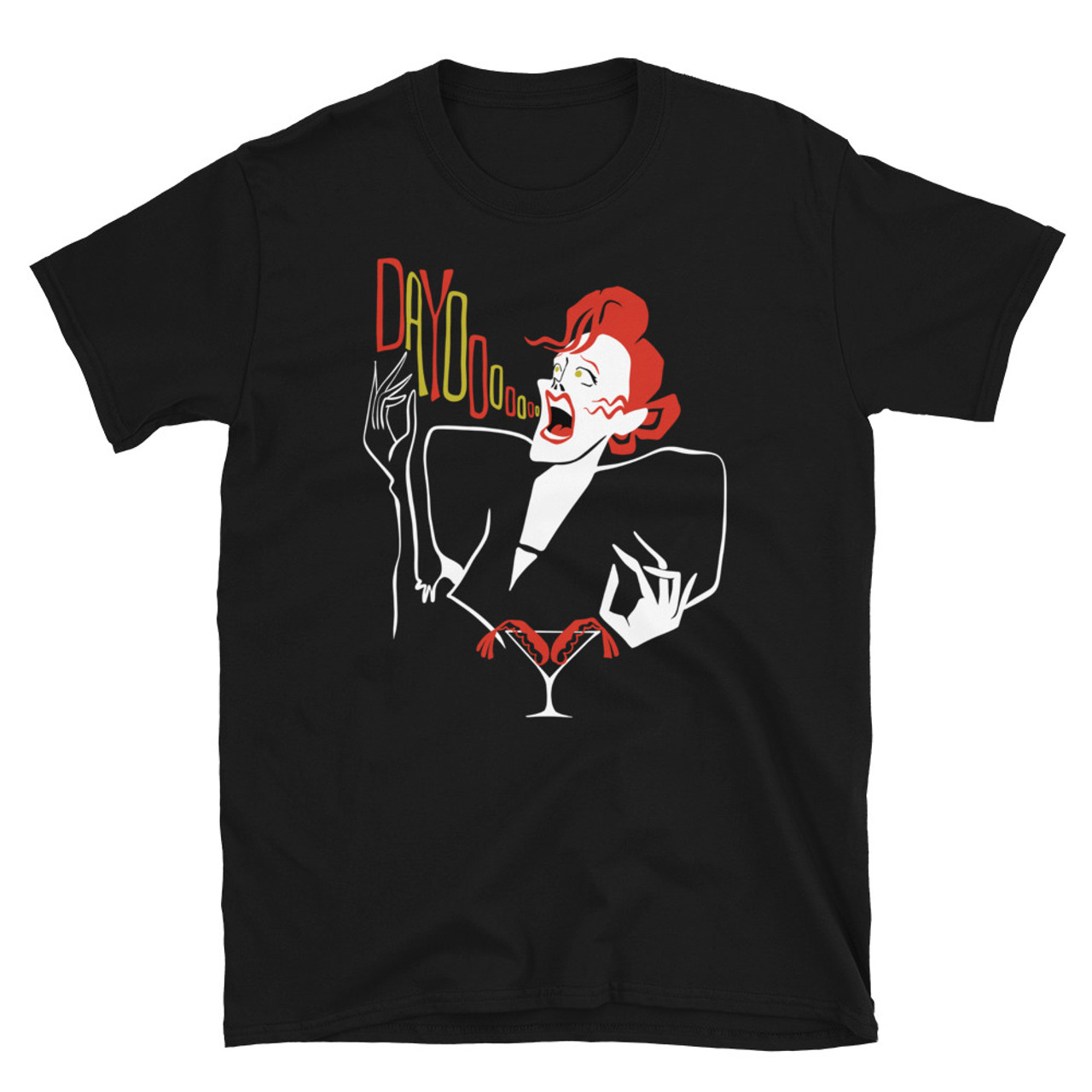 Who doesn’t want to see a film about a Cop….that’s also a Wolf. What I really want to know is: where is WolfCop 2? It was supposed to be here years ago, and we’re dying from anticipation. You would have to imagine this remains the only non-porn film every made that contains a Little Red Riding Hood and the Big Bad Wolf sex scene. Seriously, it has one of those. WolfCop is a daring and courageous story about a Cop...that’s also a Wolf. Ok, it’s neither daring nor courageous, it’s just awesome. Don’t look for the hidden meaning, you’ll strain your eyes.

This film is exactly what you want it to be when you hear the title: it’s a ridiculous, cheesy, fun, popcorn flick about a Cop...that’s also a Wolf.

This tweet from Horror31 shows you the core plot line quite clearly:

Halloween is just a reasonably good excuse to watch one of my favorites of all time. The amount of stupid-good lines in this is amazing, and Bruce Campbell doesn’t miss a single one. The Evil Dead series was already great up to this point, but Army of Darkness cemented it as a forever cult classic trilogy. If you tell me you don’t like a man with a chainsaw hand fighting the undead with a shotgun in medieval times then clearly your primitive intellect wouldn't understand things with alloys and compositions and things with... molecular structures.

Hail to the king, baby. 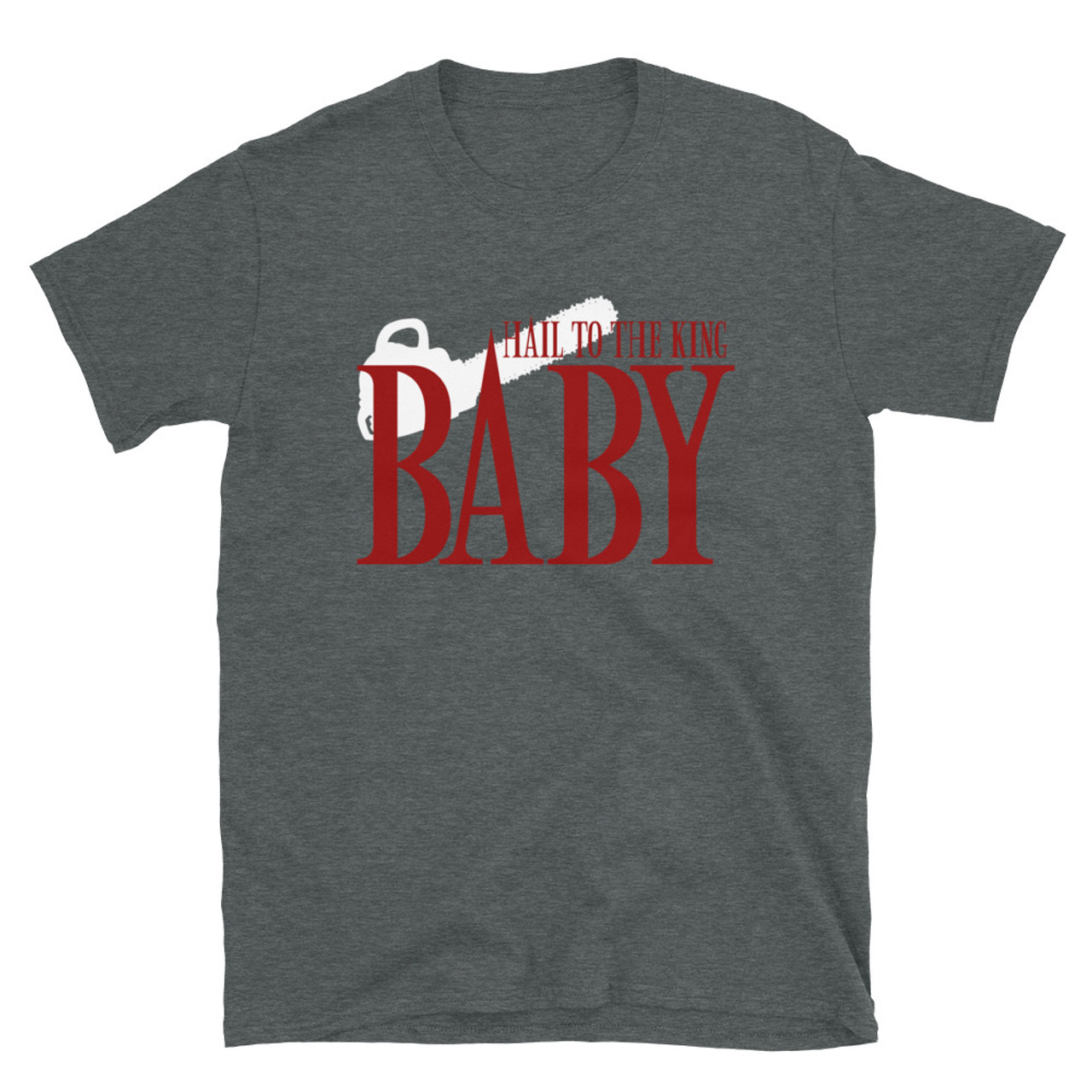 At this point the “let’s poke fun at the zombie genre” films have been done to death, but Zombieland was before all that and was a fun and original take on the zombie apocalypse. It’s one of Woody Harrelson’s best, one of our first chances to love Emma Stone, and has possibly the best and most unexpected cameo of all time.

#Zombieland was an excellent film. Great cast and a superb addition to the 'zombie' genre!

Watch it on @netflix now. pic.twitter.com/WZjghtqNg0 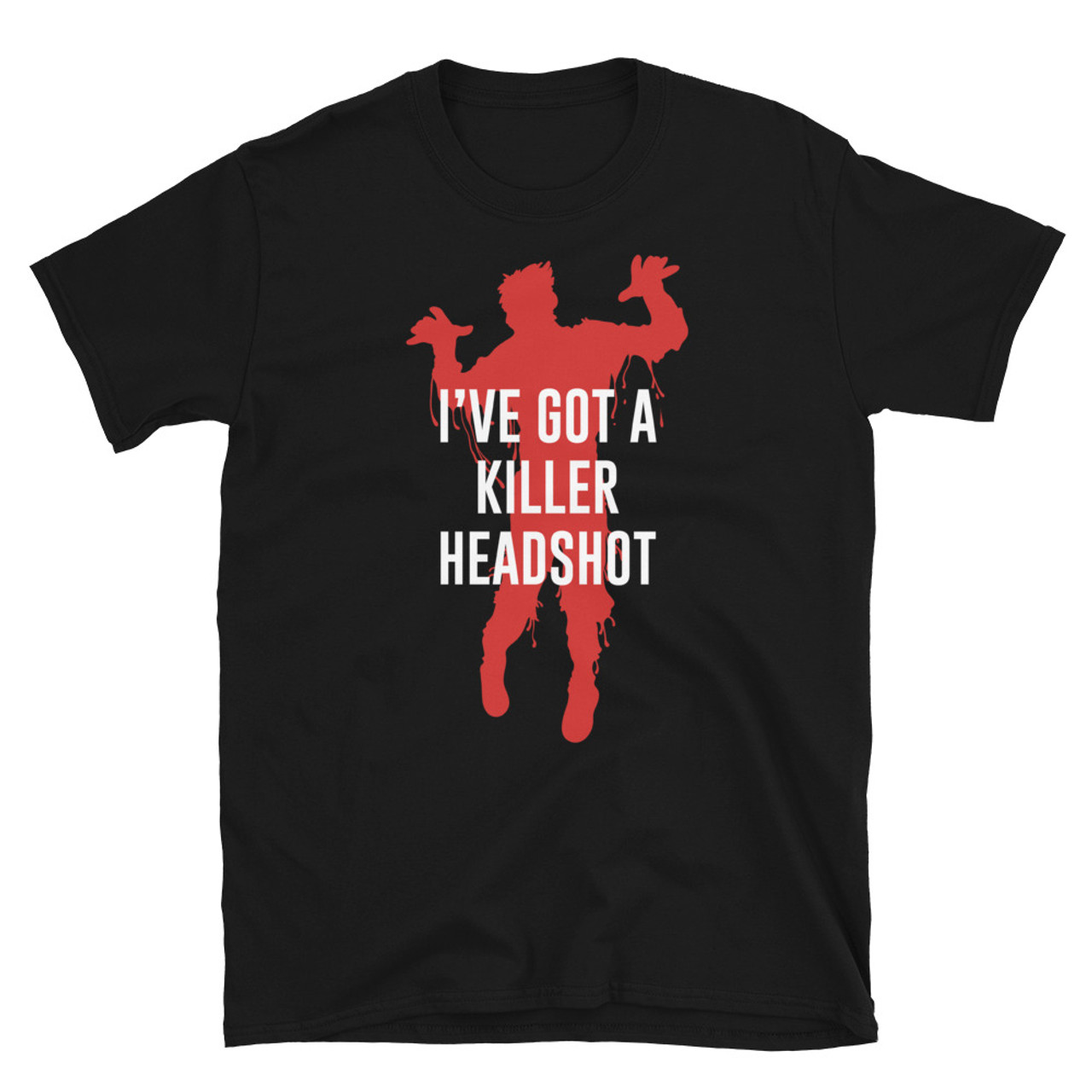 How many shitty adaptations of video games (which already have a script before they are made into films) have we seen, and none of them could put together as good of a story as a 35 year old movie about a board game? Let’s say that again...it’s a film...about a board game. That’s what Frank Zappa might describe as dancing about architecture. Yet, they pulled it off. Clue remains a classic with so very many great performances from the ensemble cast and an absolutely absurd amount of quotable lines. There should be a version of Tim Curry’s “No” in the dictionary. Maybe it’s “neux.” We’re not sure.

We hear you, @MeeshWUFC. This gets quoted in our house a lot. 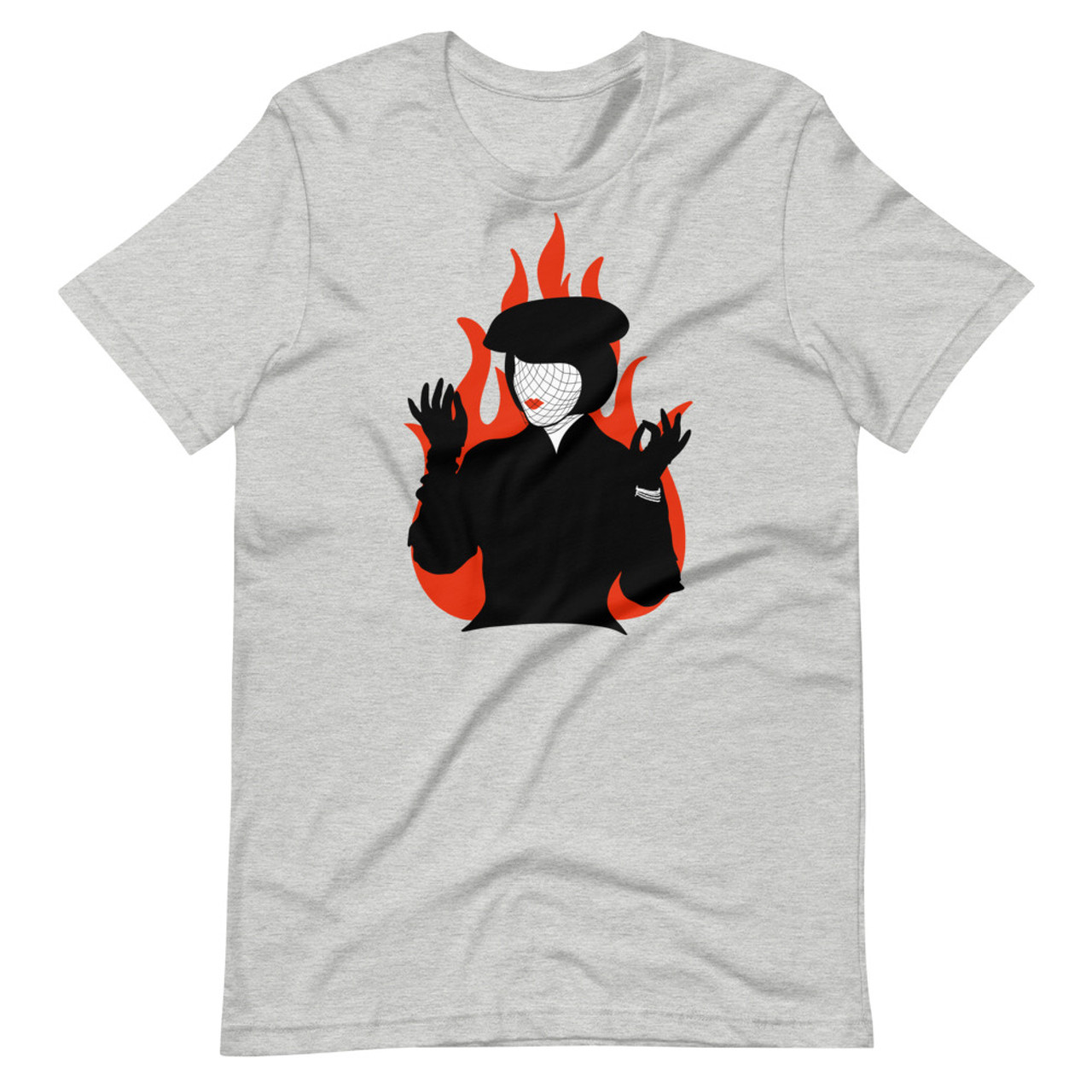 It had to make the list. We didn’t want any hate mail. You can’t question the cultural impact of this one and it remains a Halloween go-to. Of course most kids today won’t even understand why he’s saying “heeeeeree’s Johnny” but they’ll know the line nevertheless. The Shining remains one of the most hair-raising creepers out there, so while you need to have this in your Halloween rotation, maybe not too close to bedtime or you might see some creepy twins or spontaneously buy a typewriter.

Even if you haven’t seen it, at least tell us you’ve seen The Simpsons spoof it? 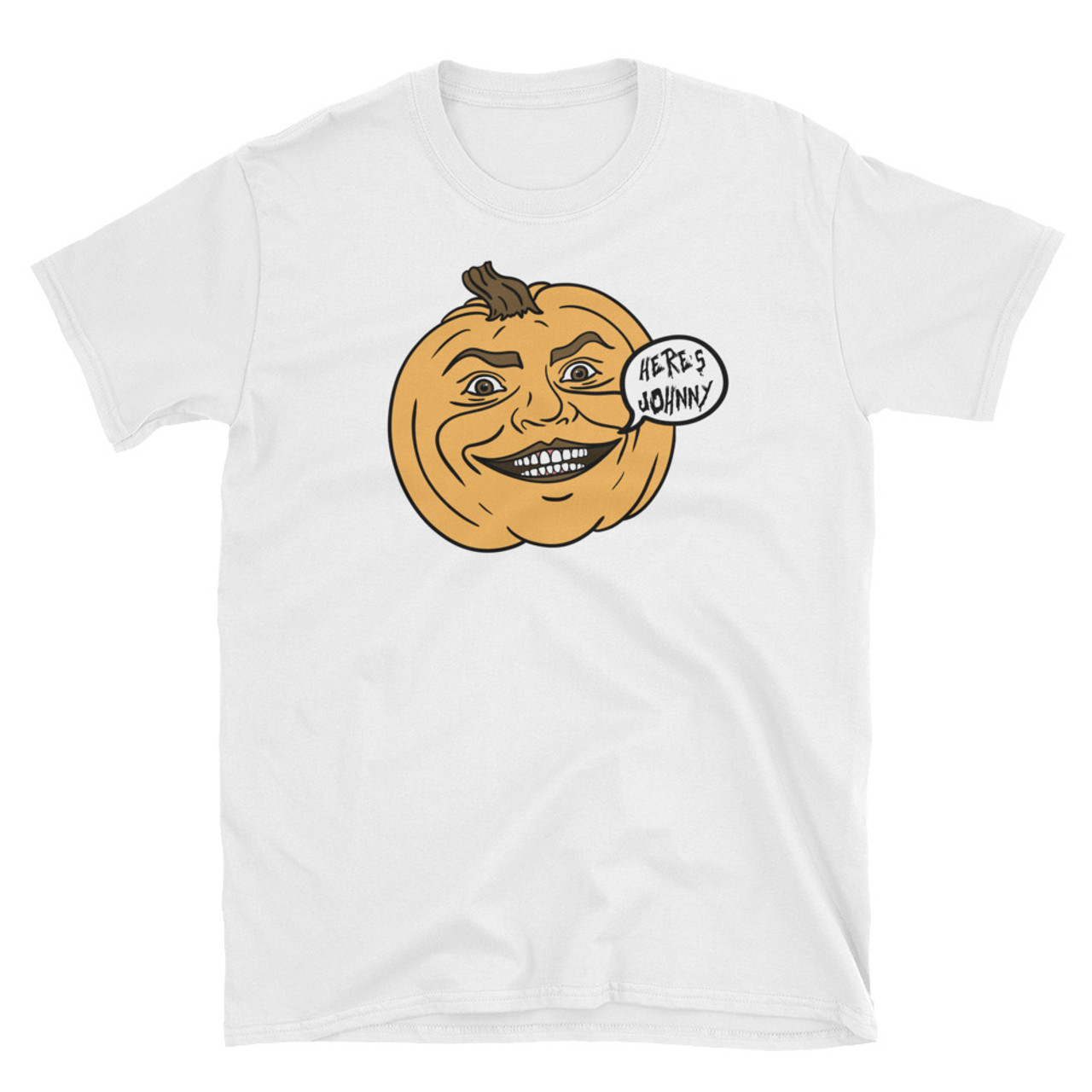 How did you not see that coming? We get it - it was obvious. We don’t care. We had to reserve the 13th slot for the king of them all, ya’ll - Friday the mother-bleepin 13th. Jason (or maybe more accurately Pamela Voorhees) kicked off the 1980s in style bringing a new style to slasher films that would be copied thereafter approximately 87 gillion times, and really giving birth to the stalker sub-genre. The $500k budget led to nearly $60 million in box office revenue despite the fact that Siskel & Ebert fucking hated it. Once again this film gives us that beautiful formula of summer camps, teens having unprotected sex, and not living to be able to regret it, but it has the element all if its rivals lack: Kevin Bacon. This film is six degrees of awesome and kicks off one of the most successful movie franchises ever. The $750+million property even had a crossover with rival Freddy Kreuger (see #4 on this list) a’ la Hulk Hogan and the Ultimate Warrior, though admittedly less horrifying to look at than Hulk Hogan.

We love this old school original, but enjoy some of the best kills you can find in the entire franchise: 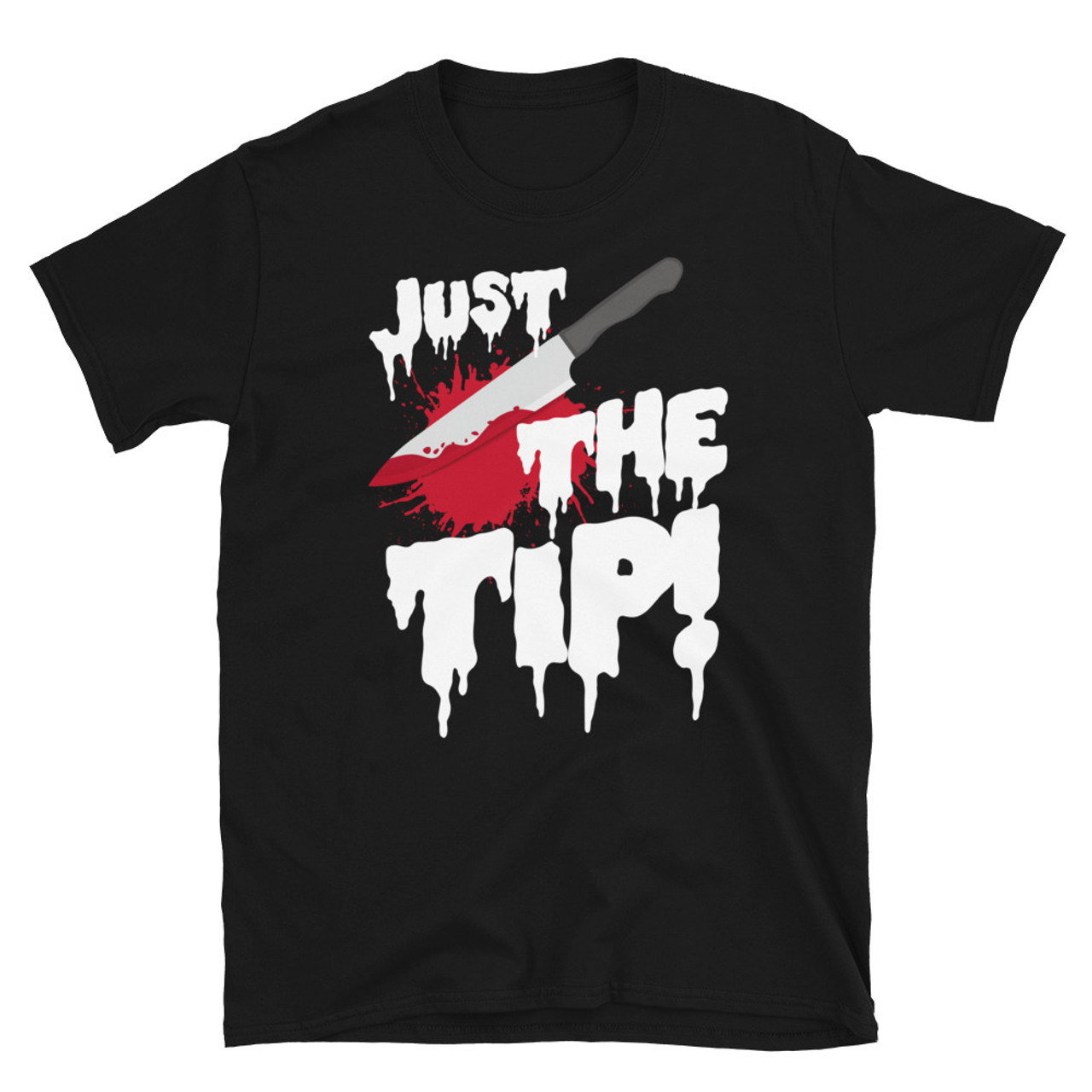 We hope you like the list! If there were any you haven’t seen, make sure you go check them out for a pumpkintastic Halloween!